A group of strangers rescued a man and his injured dog trapped 3 miles up on the Ammonoosuc Ravine Trail on Mount Washington in New Hampshire. 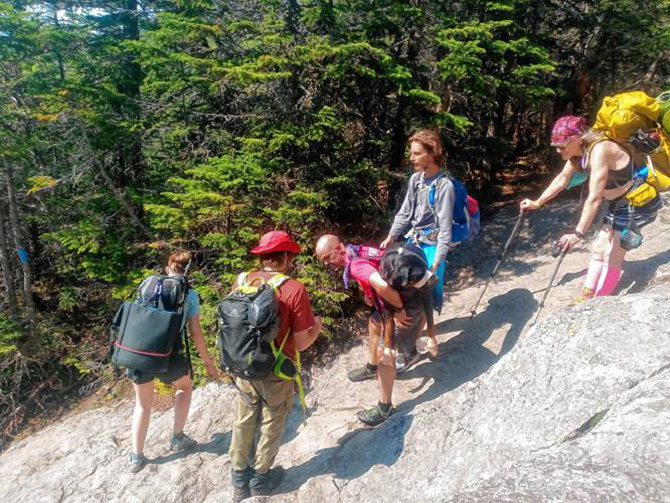 
Dry, rough rock had cut the dog’s paws, leaving him immobile. Other rocks were slick and treacherous, the incline was steep, and the dog, a rottweiler named Odin, weighed at least 90 pounds. The distressed pooch needed to be carried down.


Odin’s owner, Winston, was an inexperienced hiker. He did not have overnight gear and was out of food and water. Unfortunately, the New Hampshire Fish and Game Department does not rescue dogs injured during a hike.


It was up to civilians to rescue the large dog.


Jeannine Robbins and Christina Cozzens were two of the hikers who climbed the mountain to help.


Robbins and Cozzens saw the alert on Facebook from hikers who had passed Winston and Odin. The message said it was urgent. It asked if anyone had a dog harness.


The hike was nearly 3 miles.


“My mind started to think, ‘How are we going to get the dog out,’ ” Cozzens told Valley News. “This was super-technical. Very wet rocks. Very slippery.”


Robbins brought her dog harness. She had purchased one over two years ago, unsure if she’d ever use it.


In total, six strangers arrived to the location by late morning. They bandaged Odin’s paws with gauze. Then they secured the dog in the harness and began to climb down. 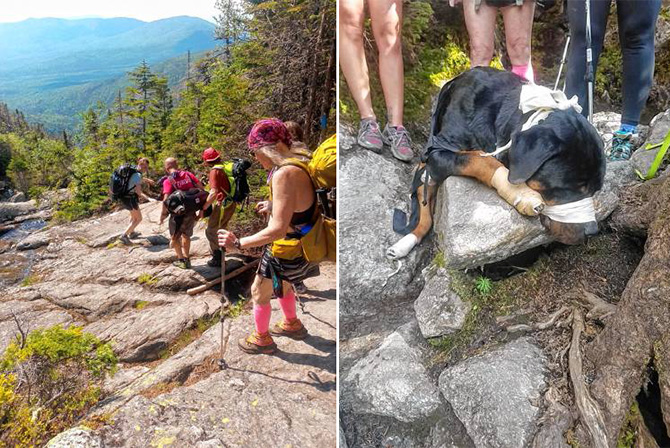 
Two men shared the burden, passing the harness back and forth after 15-minute shifts.


“We talked the whole way down,” Cozzens said. “We had nine hours together, and we had to put a lot of trust in each other.”


Soon, hikers were heading toward them, with food and water, around every turn. By the end of the mission, about two dozen hikers had joined the original six.


In the parking lot, they were greeted by the New Hampshire Animal Rescue Team and Androscoggin Valley Search and Rescue, both nonprofits.


Robbins said she drove home exhausted and hungry — but elated.


“I looked at my dog,” Robbins said, holding her dog harness. “I told him, ‘Appa, you’re lucky you’ve never had to use one of these.’ “