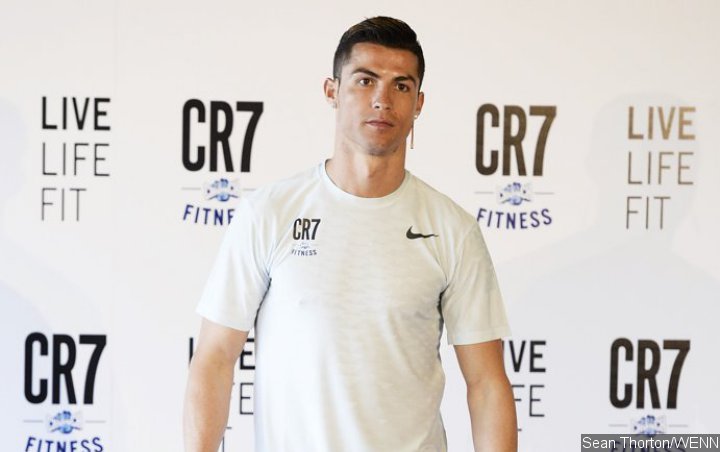 The soccer star shares a snap of himself and his young family splashing around in a swimming pool.

AceShowbiz –
Soccer stud Cristiano Ronaldo enjoyed a little family time on Tuesday, June 05 to celebrate his twins’ first birthdays as he prepares to compete in the soccer World Cup.

The Real Madrid striker and model will be representing his native Portugal next week, begs June 11 when the 2018 sporting extravaganza kicks off in Russia, but in the meantime, Ronaldo is making the most of his quality time at home.

He shared a snap of himself and his young family splashing around in a swimming pool on Tuesday to mark twins Eva and Mateo turning one.

“My babies Eva and Mateo are celebrating their first birthday today!,” he wrote in the caption. “Congratulations, my dear children!”.

In the picture, the birthday girl and boy can be seen floating in pink and blue inflatables, while big brother Cristiano Jr., seven, and the sportsman’s girlfriend, Georgina Rodriguez, smile behind them.

The newest addition to the family, seven-month-old Alana, is featured sleeping in a baby bouncer by the side of the pool.

Little Alana is Ronaldo’s first child with Georgina, while his three older kids were born via a surrogate mother.

Ronaldo, 33, is enjoying a career high after winning his fifth Champions League trophy last month, his fourth with Real Madrid.

Portugal are expected to be among the top draws in the World Cup, following the team’s victory in the Euro 2016 event. The national team will play another friendly with Algeria in a warm-up match on Thursday, June 07, before facing off with Spain in the World Cup on 15 June.